Automation in testing, like any other field, speeds up the processes, as well as improves resource utilization parameters like the time invested and accuracy. On the other hand, manual testing can never be completely eliminated as it is human insights that drive automated processes too! An increasing number of enterprises strategize to strike a balance between both the approaches to keep a check on finances as well as doing away with repetitive jobs, especially when it comes to automation testing services for mobile apps.

By the end of 2017, users would have downloaded more than 270 billion mobile apps, and the number is likely to exceed trillions in the coming years. It is also a known fact that approximately eighty percent of mobile applications fail during one of the stages of the development cycle or after launch. To ensure best-in-class application quality with high reliability it is vital for mobile app development companies to have appropriately planned mobile application testing strategies and manage the mobile invasion. 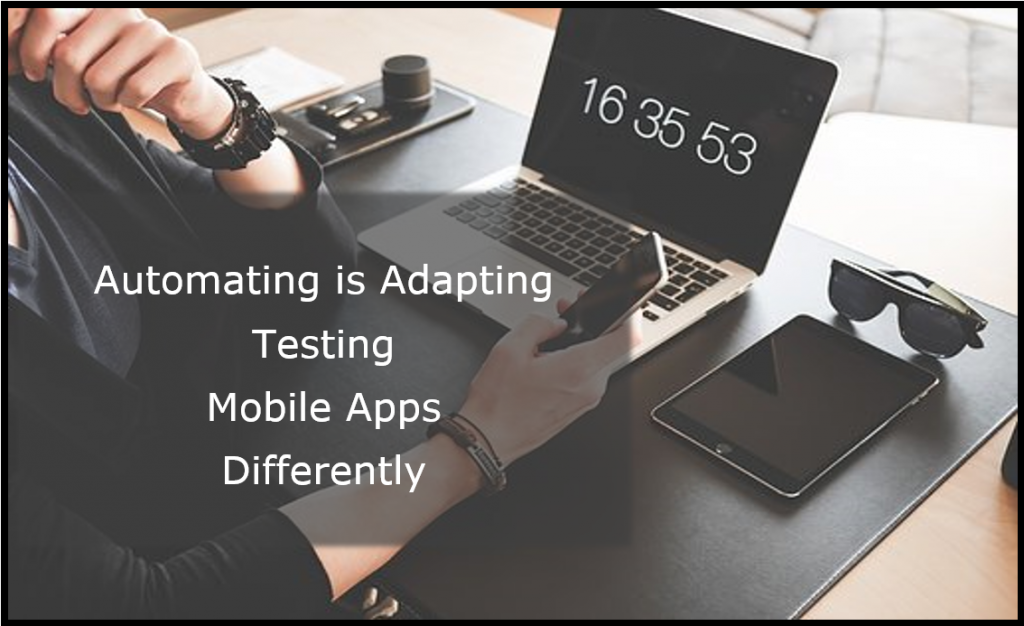 User experiences become seamless and the very thin lines between the software of all types get erased making testing of all types, including for mobile devices very critical.

It is important for the QA team to determine the impact of a mobile application on different devices & OS, native applications, alerts & notifications, and other features. Automation in mobile application testing goes a long way in improving the productivity of developers & testers while shortening the “Go Market” cycles by becoming backbone of agile software development.

With mobile application testing automation, it becomes easy to validate the backward compatibility of a particular app when newer versions of operating systems are released, as well as during app upgrades.

With automation, the same set of tests can be run on multiple devices & OS repeatedly with or without different sets of parameters. During version upgrades, the repetitive tests are accurately finished by the automated tests. This reduces the time devoted to mundane tasks by testers, improving their productivity manifolds.

Automated tests for mobile applications are generally set up to cover every feature of the app, under varied scenarios as well as the impact assessment on a mobile device, platform, functioning, battery life, and more. The comprehensive coverage is a key contributor to assure improved app quality.

The latest trend in automated mobile application testing is the Cloud. With the flexibility & scalability of the Cloud, the number of combinations that can be dealt with is virtually infinite. The challenges of maintaining relevant hardware & platforms for testing is avoided completely by using the infrastructure from the Cloud itself.

The ever-increasing number of mobile devices and the people using them pose its own set of challenges for assuring the quality of the apps to be deployed.

Studies indicate that ever since the first formal version of Android was launched, over 500 million devices have reached the end-user. For iOS, the number of devices shipped from 2007 to date exceeds 200 million. There are at least 12000 flavors of Android present in the market.

Considering the huge device diversity and the inherent flavors from each vendor, it is difficult to estimate if a given application, although tested successfully on a multitude of platforms, will perform perfectly on any mobile platform or device globally.

Each app type requires different skillsets for development, integration as well as testing. It is difficult to comprehensively cover all application types and predict how a particular component would behave as part of the routine, or even automated testing.

Mobile apps are not just susceptible to the variety of mobile devices, but also to testing tools with their own set of questions.

Using a simulator or emulator to perform mobile apps testing is a good option to test real-life scenarios with minimal investments. The results of the test cases may be satisfactory, but the real-time performances may not be accepted by users.

Test cases would not be able to accurately determine if a particular mobile application would function correctly when the user is roaming or has limited connectivity or other network-dependent issues.

Suitable for both iOS & Android, Appium is an open-source project that supports automation for cross-platform testing. If a framework or language generates an HTTP request, Appium would surely support it.

Another tool that supports both popular mobile platforms, Monkeytalk is used by both testers as well as developers. Monkeytalk is composed of three key components, the agent, scripts, and an Integrated Development Environment (IDE).

This test automation framework does not have a language of its own, rather relies on popular platforms like C# or VB.Net. Ranorex supports testing across mobile apps, desktops as well as a web-based software.

Provides a wide variety of tools for reporting bugs as well as build distribution. This is a comprehensive suite supporting both iOS & Android with free / premium plans to suit the organization’s requirements. Ubertesters allows the assurance team to disable or enable specific builds for testing purposes.

Abbreviation for “Keep It Functional”, KIF is an open-source testing framework supporting iOS only and utilizes accessibility APIs embedded within iOS.

This is essentially a Selenium test framework specifically designed for Android mobile devices. Webdriver API & Selenium 2 collaborate to form the testing base. The application code need not be modified, and as an add-on, Selendroid supports interaction with multiple emulators or devices. Device hot-swapping is supported with Selendroid.

This is Apple’s proprietary framework specifically designed for iOS mobile apps. The device user interface is operated via Javascript utility.

Some more tools and detailed information on the above-listed testing tools for mobile apps can be found here.

With the Agile & DevOps project development approach gaining importance, testing methodologies adapt to offer Agile testing. It is projected that by the end of 2017 businesses & enterprises in increasing numbers will keep a track of KPIs right from the time software is conceptualized for assured agility. 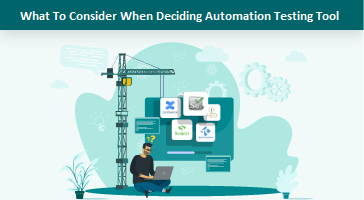