With API being so significant, testing of these APIs is equally vital. As projected by Google Trends, the overall interest in API testing globally has been rising increasingly. For API testing to be done perfectly, choosing the apt process, tool and solution is a must.

There are many API testing tools available, from which organizations can choose the right one as per the need. But, before we go through the testing tools for API, let us quickly glance through what API and API testing is.

API is a vital software intermediate that facilitates effective talking of two applications/systems to each other. It is an important element for all software applications since it acts as a mediator between two programs. It defines how the software should interact with another software.

What is API Testing?

API testing aims to find out if the API involved in the projects is competent to fulfill the requirements related to the application’s functionalities, reliability, performance, and security. Once the logic is worked upon, relevant tests can be developed to find out the correctness of the data.

API testing helps in finding out errors, inconsistencies, and differences from what is expected. It includes testing of the API components individually and as a part of the integration testing between software components.

It facilitates communication between software units along with proper data exchange. It also confirms the logic of the constructed architecture. 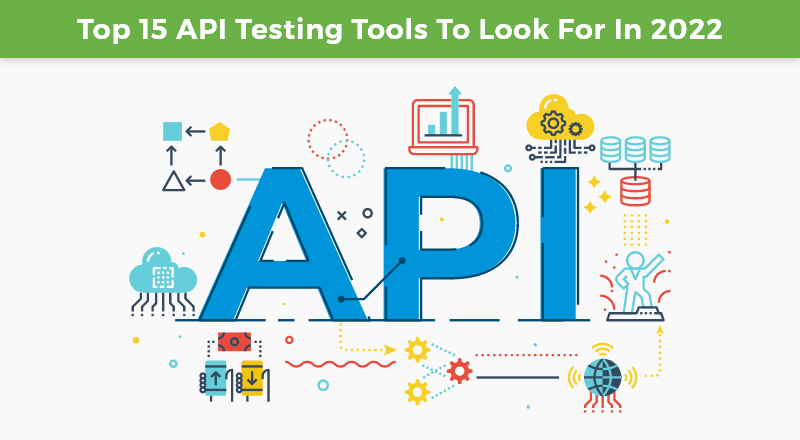 Considered an advanced API testing tool for Mac, Paw is a completely featured HTTP client that undergoes testing of APIs that are created or used. It has an effective native macOS interface for creating HTTP requests, inspecting server responses, and generating client code. It natively supports JSON schema and offers compliance with Swagger and RAML descriptions.

RapidAPI is the next-gen API testing tool that has over a million developers who leverage it for testing and connecting to thousands of APIs. Through internal and external APIs, developers can collaborate on APIs with this tool. There are RapidAPI Teams and RapidAPI Hub that helps in the testing of internal APIs. By using a single SDK, API key and a dashboard, RapidAPI can offer a collaborative experience right from development to testing and monitoring.

Postman is yet another popular API testing tool that provides a desktop and web version for testing API services. It empowers the teams to have a collaborative sharing of knowledge. It is easy to use and has the competence to store commands. It is easy for developers to set up parameters on method calls. It has a strong HTTP client for testing of web services and almost all modernized web API data can be obtained. It is considered trustworthy to transmit and receive REST information.

SoapUI is a popular functional testing tool for web service and SOAP testing. It helps developers to easily test SOAP, REST, GraphQL and web services. It offers the teams an effective solution for creating and executing complicated tests on web services. Custom codes can also be created using Groovy. There are different elements like test reports, SOAP API testing etc. that can be of great help to developers. It offers seamless integration with many API management platforms.

Developed by Katalon, Katalon Studio is a free and automated API testing tool that is created on top of frameworks like Selenium, Appium. It has a special IDE interface for mobile, web, API, and desktop app testing. It offers simple development with all popular frameworks and plug-ins consolidated at a single location. It is apt for novices and experienced developers. It supports SOAP and RESTful requests with effectiveness.

Powered by Apache, JMeter is an open-source API testing tool that is a cent percent Java application. It is used extensively as a load testing tool to analyze and measure the performance of multiple web services. It is mainly used for functional API testing and helps in enhancing the performance of testing. It offers good support for repeating test results and per-thread cookies. The user interface is quite user-friendly and can be utilized as a command-line interface.

Considered one of the apt API testing tools in Java, REST-assured possesses an open-sourced platform that has a Java Domain-specific language. It is used for simplified testing of RESTful web services. It can be utilized for REST web services, coordinating response content for testing. Developers don’t need to be good at HTTP, for testing web APIs through this tool. Also, it eliminates the need of writing lots of code to set up an HTTP connection, send a request, and get a response.

Karate DSL is a popular framework for API automation testing, load testing, and performance testing. It is based on the Cucumber library and assists in creating scenarios for API-based tests simplistically. It runs on Java and uses Apache HTTP client for performing connections. There is a well connected with the Gatling framework and with the help of a domain-specific language, testers can come up with meaningful tests.

Parasoft SOAtest is a well-known API testing tool that is anchored in AI and ML. It offers simplification of complicated functional testing across databases, APIs, UIs, etc. There is regular monitoring of quality for Agile and DevOps teams. It creates a codeless API test scenario from the manual recording that is reusable, robust, and shareable. There is an effective transformation of your test objects into security tests, reusable components, and lesser redundancy.

Eggplant, as a leading test automation solution is a good API testing tool that adheres to your needs to fasten deployments and reduce testing efforts. It offers comprehensive testing for your APIs. It is majorly utilized for rich internet application testing, mobile testing, performance testing, and cross-platform testing. It finds out the inconsistent behavior in the APIs much before users confront them.

Tricentis is a popular software testing tool that is effective for the automation of comprehensive testing of software applications. It is a robust tool that supports multiple protocols like RabbitMQ, SOAP, REST, etc. It has effective integration into the Agile and DevOps cycle. It leverages the model-based test automation making script maintenance easy. The testing can span across mobile, cross-browser, packaged apps, etc.

vREST is an effective API testing tool that offers an online solution for automated testing. It offers a complete solution for fast validation of your REST APIs, delivering a defect-free web app and automatic recoding of REST/RESTful APIs. For understanding this tool and testing with it, not many of skills are needed. It is easy to learn and there is detailed documentation available for API-related specifications.

Ping API is a known testing tool that powers the writing of test scripts in JavaScript for API testing. It helps inspection of an HTTP API call with a complete request. Users get notifications via email or chat.  It is a cloud-based service in which an AI layer is added as a security layer through the API gateways. This results in an increase of the security of your API structure. Here is support available for scriptwriting for validation of response header and body.

Airborne is a popular API automation tool that is leveraged by REST API testers for effective testing. It is an RSpec-driven API testing framework that writes automatic tests for APIs. It is Ruby equivalent and offers a simple response check with the relevant types of data. It utilizes the RestClient to manage the HTTP requests with accuracy and maturity. Writing simple tests is easier for developers and testers.

Apigee is a part of Google Cloud and a cross-cloud API testing tool. It helps testers test different parameters based on the API performance. It takes help from editors just as Swagger etc. it is good for designing, monitoring, deploying, and scaling APIs. With ease, it can create API proxies from Open API specifications and can easily go in for cloud-based deployment.

As We Wrap Up

APIs are the fundamental component of any software application and hence API testing tools are highly important for the success of any project. The above list is an extensive one that showcases all key, popular API testing tools. Choosing the ideal one depends upon many parameters like resources, budget, project needs, skill set available, and more. Finally, to each its own! 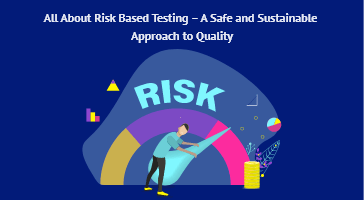 December 24, 2021 All About Risk-Based Testing – A Safe and Sustainable Approach to Quality